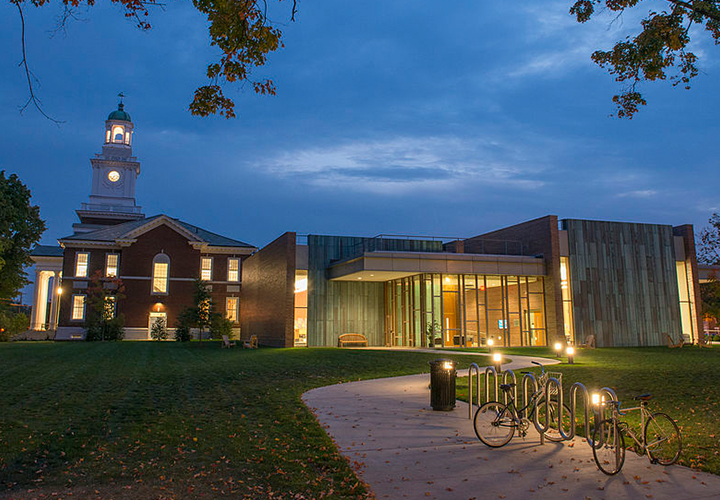 In 1832, Dickinson College was forced to suspend operations, in part due to financial concerns, in part because the board of trustees was bitterly embattled over the school’s curriculum. The school would reopen in 1834 with a new board of trustees. In the meantime, Judge John Reed wrote that board a letter calling for the creation of a new law school. According to Dickinson School of Law—Proud and Independent by Burton R. Laub, Reed’s letter called for “sincere respect and affection for the College, a neighborly regard for it and its officers, with complete cooperation with it in matters of mutual interest” while also expressing “an unshakable determination to keep the Law School autonomous.” The board drafted a resolution within the day. That resolution stated that Dickinson College would provide no financial resources to Reed, but that they would recognize Reed as a law professor and allow Dickinson students to attend his lectures. Reed countered with his own letter, asserting that, while he would cooperate with Dickinson College, the college would have no ownership of the new law school.

John Reed’s School opened on April 1, 1834; however, Reed died in 1850, and his law school, lacking a chair, lapsed out of existence. Two years later, a group of thirteen Dickinson students filed a petition requesting a reopening of the school. That petition was ignored, but ten years later interest in a law school revived and in 1862 Judge James Graham was appointed as a professor of law at Dickinson College. No students graduated with a law degree from Dickinson while Judge Graham was a professor. Indeed, it is unclear whether or not Graham even taught classes, and no law school operated within Dickinson by the time he died in 1882, nor did one exist for another eight years.

In 1890, 52 years after John Reed’s initial proposal, Dickinson College’s new president, George Reed, proposed a law school be established in connection to the college. The board of trustees accepted this proposition, and the Dickinson School of Law was established. Though this law school was sometimes erroneously advertised as a department of Dickinson College, it remained a separate entity. The two schools merely shared a president; otherwise, the Dickinson School of Law functioned independently. The law school completely separated from Dickinson College in 1917, and decades later, in 1997, it merged with Penn State University to become Penn State’s Dickinson Law.